You can ask below or enter what you are looking for! 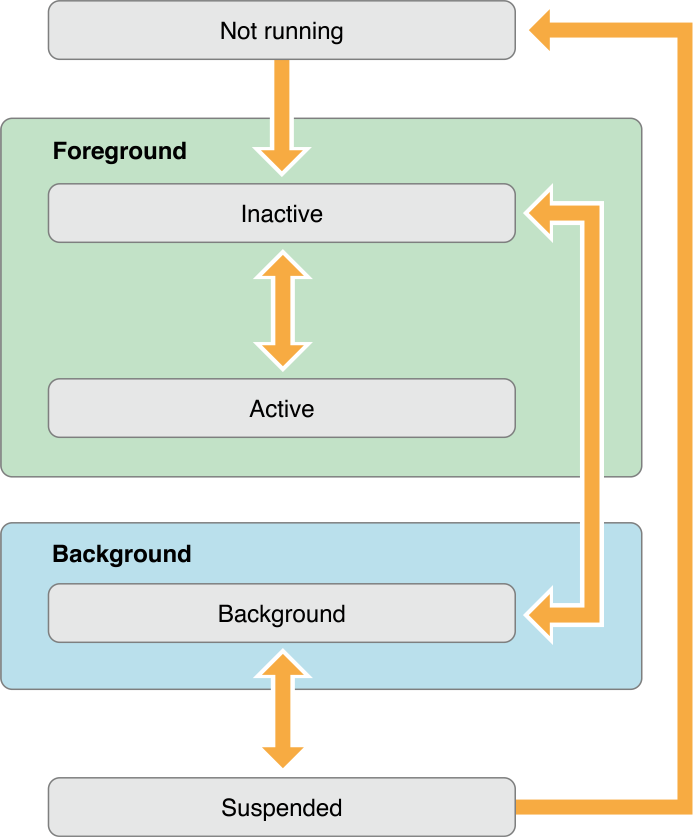 You app will be in this state if it was not launched yet or was terminated by the system.

This is a transition state, your app goes in Inactive state for a short time when launching it.

In this state you app is in the foreground but it is not ready yet to receive user input.

The app is in background but executing code, Most apps enter this state before going to Suspended state.

If an application is launched directly in background mode then it enters this state instead of Inactive state.

The app is in background but not executing any code.

It is still in memory and if a low memory condition occurs the system may purge apps in suspended state without notice.